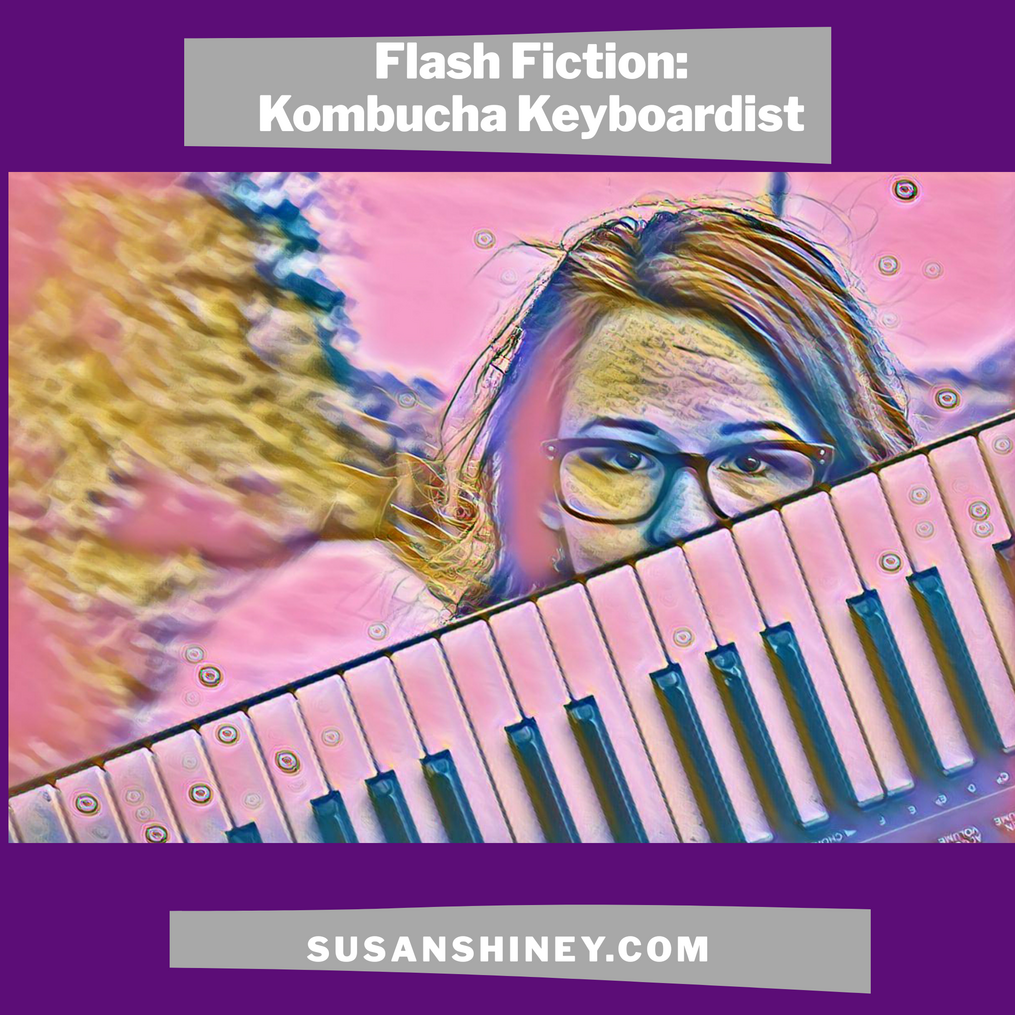 I parked my volkswagon bug in front of the Wyattsburgen bed and breakfast as the sun was setting. The other detectives at the precinct said I was crazy for traveling on Halloween, but I know myself and I need the rest. Relaxation doesn't come unless I totally change my environment.

My car door clinked to lock and the sounds of the town perked my interest. The whole neighborhood was littered with jack-o-lantern and ghost paraphernalia. Dusk coated the streets. Some cars roamed in a distant highway, other than that it was silent. A heavy silence. Where the hell are the trick or treaters?

I walked up the block and a window was open with an elderly couple in their home watching TV. So not everyone was gone. Maybe they are having a special event for all of the children?

I was already burned out, but I took off my gloves to touch the picket fence. I reserve this for when I need a couple extra clues, privacy laws haven't caught up with my kind yet. Nor is anything I see admissible in a court of law.

When I closed my eyes and touched the fence, I saw a feed as if it were a security cam and rewound the mental tape to see when kids were last visible. It stopped at showing a typical Halloween evening, several ghost costumes, using sheets with eyes cut out, pirates, princesses, kids running around to catch up with older siblings to compare the candy they had collected. Normalish Halloween.

A loud piano music started playing and all of the children turned around. A woman dressed in sparkly pink with an electronic keyboard strapped around her neck, played music and stomped down the middle of the street. She reminded me of Jem from Jem and the Halograms, she even had a giant star painted on her face over her eye.

The keyboard was releasing sparkling smoke clouds that turned into animals, usually pandas, were dancing behind her. All the children got into a line and had that same stomp to their gait. The adults left, and some went back to their houses. The parade of children continued until it was out of view of the fence. I let go.

What? I haven't seen a magic like that before. The children led away, their parents sent home. I hope....

Anyway, I followed the road in the direction of the piano puffy panda parade. Every block I would touch a street sign to check which direction they took. The children kept following the keyboardist with that rhythmic march intermixing with the piano.

The longer I followed it, the more my concern grew. My pace turned into a jog. It hasn't been that long. I could stop... I was on the outskirts of town. When the trail went dry.

Each object I touched stopped showing me what happened. Could the keyboardist have known and wiped her tracks clean somehow? Did she want to cover it up? Is she working with someone else? I took out my cell phone ... The battery was dead.

I tried another fence, nothing, I kicked it in frustration, and sat on the ground. I needed to calm down. I took a couple deep breaths. Opened my eyes and stared at the dirt road. After about five minutes, star imprints caught my eye. I jumped up and ran toward them. One of the kids must have had star shapes on the bottom of their sneakers.

I followed these constellations up the road for about fifteen minutes until I reached an old warehouse, the walls were rusted and bare. I put my ears to the steel door and didn't hear anything. It had to have been about thirty - five kids they couldn't just be silent.

I tried the door and it was locked. I walked around the back and found a window. My elbow smashed through the glass. I took off my leather jacket and a placed it on the broken shards to protect myself as I crawled in. The sounds of children flowed out. When I stabilized myself on the other side, I was greeted by bright modem minimalist decoration, the complete opposite to the exterior. It was like a meditation retreat center.

The sounds of children laughing and playing got louder. I could see movement two rooms over. The pink hair of the woman flashed as she walked by, I would need to take her down,  I felt my back pocket and my handcuffs were there. Pin her, then hand cuff.

I charged while she had her back to me. As soon as I entered the giant room with the children, I froze. They were in long benches seated eating from large fruit and vegetable platters. The food was cut into sculptural shapes, celery men, and apple flowers. All of the children were chowing down and laughing.

"Can I help you? " The Kombucha keyboardist asked.

"What ... Why?" I stammered and pulled out my badge on instinct.

Her golden mouth frowned. "I love dressing up for Halloween, but I detest the candy, the over consumption of sugar. What are we teaching them?" She said as she watched the children eating the healthy foods in front of her. "We just need to make them more dazzling, the food I mean."

"You can't just kidnap children like this," I said.

"It's not kidnapping, I am just giving them an alternative activity, their parents are at home safely watching TV. "

She smiled and said, " Nutritionist. Are you going to arrest me?"

"This is unprecedented. You could have just asked the parents directly, I am sure they would have..."

The keyboardists nods, "I'll take them back in ten minutes. They'll go back to their normal Halloween. Their parents will greet them. Their blood sugar will be a bit more balanced."

I released a long sigh while watching the boy next to me eat his banana swan.

"You used magic to find me. Didn't you? Your touched too. It is in your interest to keep it a secret," she said while holding my gaze intently.

I took a seat at the end of the table and grabbed a kiwi cut like a diamond gem. "I suppose I could use a healthy snack myself."

She sat across from me, her pink hair glistening and pulled out her keyboard from under the table, "Any requests?" 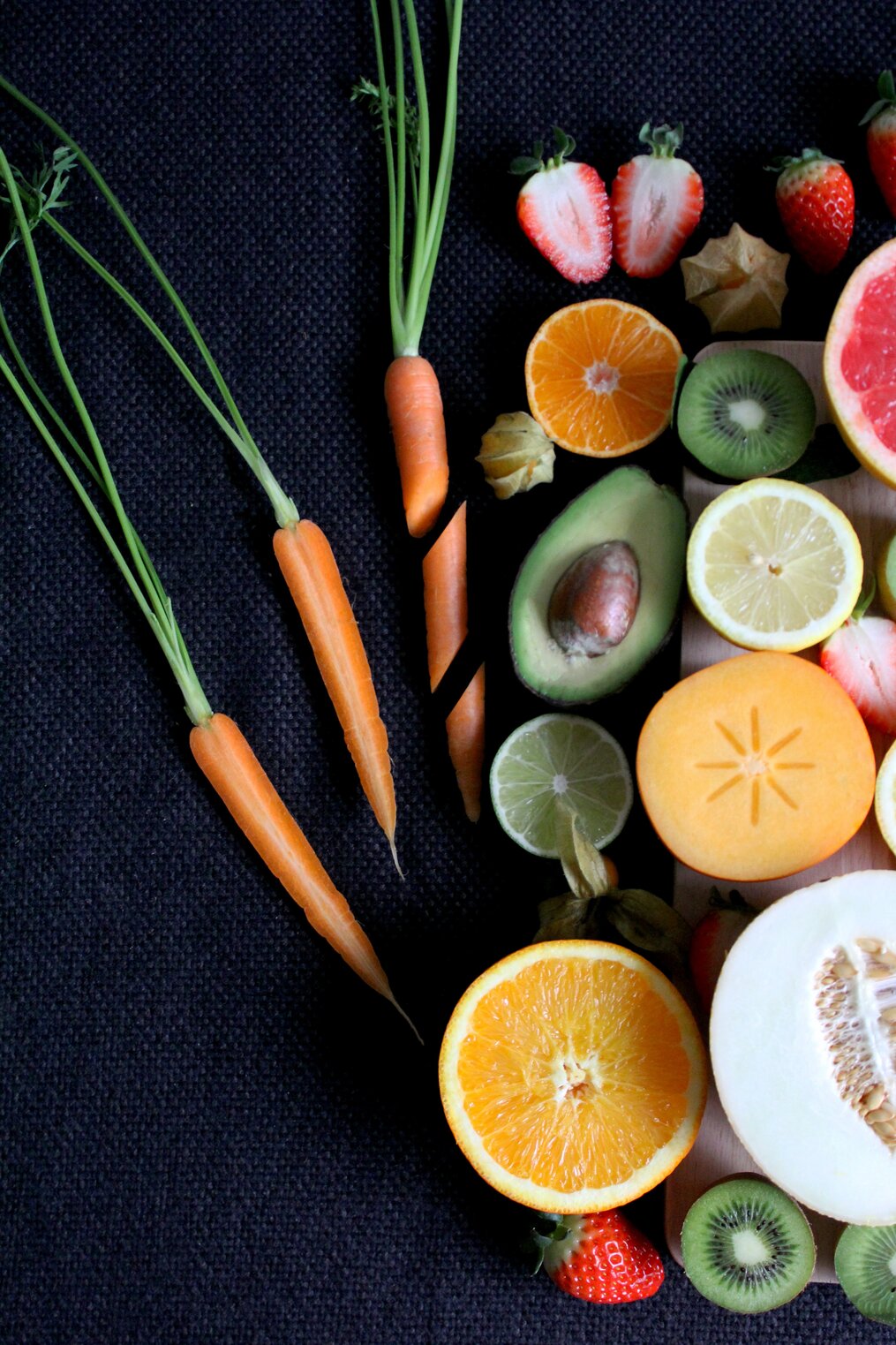 Story behind the story:

I tried something new this month and put a question prompt on my Instagram Stories and asked for ideas about what kind of story I should write about.

Tiago Souza Correa from @urgentstories on Instagram gave me a prompt! Thank you, Tiago! (If you click his name you can see the books he has for sale on Amazon.) He wrote "You arrive at a small town and realize that there are no kids around." 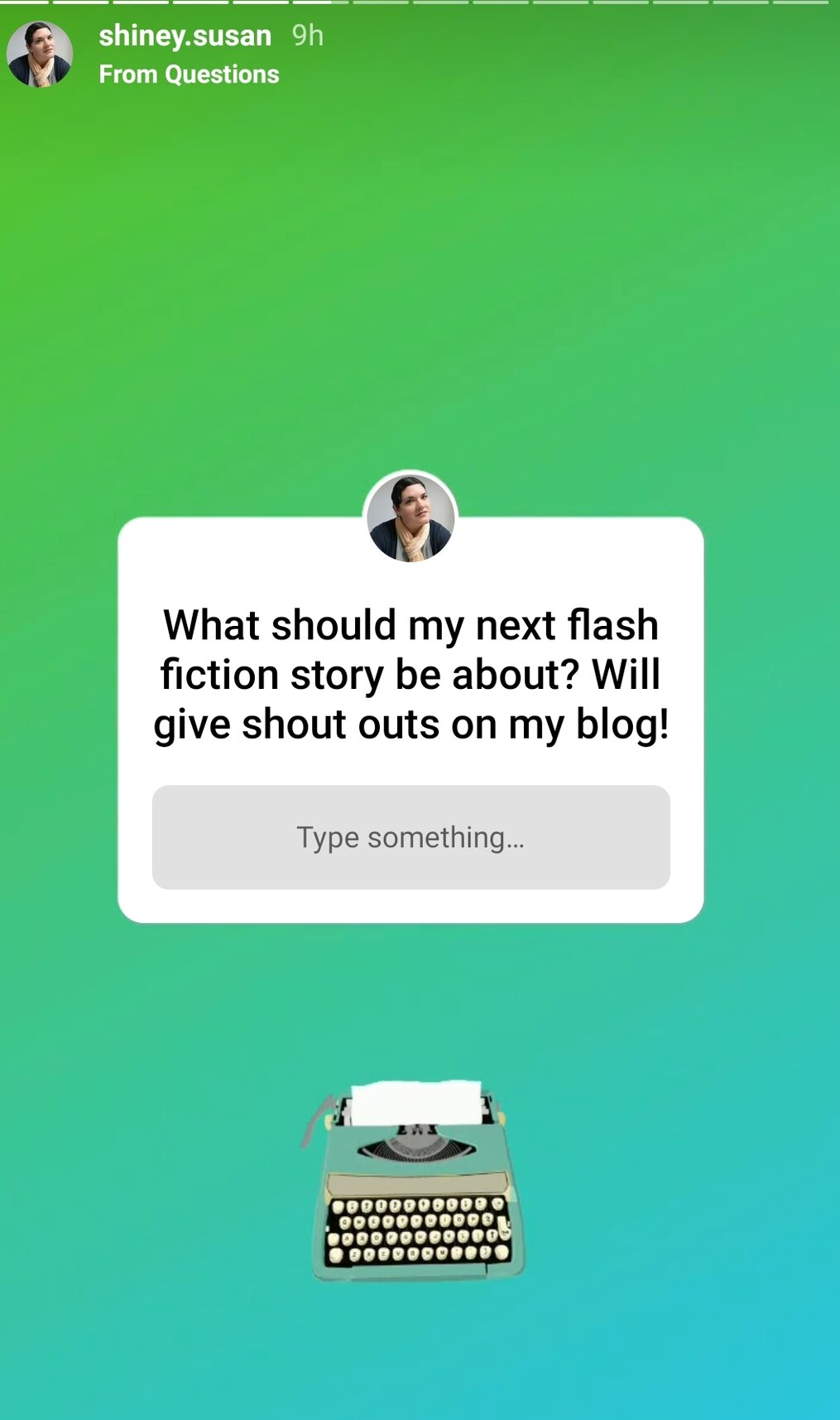 A perfect prompt for Halloween week! I started my word association and brainstorming cluster bubble process. A town with no kids made me immediately think of the Pied Piper fairy tale. I thought about how I could retell that with my own style. I wanted a different instrument, so a keyboard came to mind because you could put it around your neck and carry it through the streets. I also had several interesting visuals come to mind with that..

If the keyboardist lured the children out of town, I knew I would have a different point of view enter the town to see that there were no kids in the first place. A magical / psychic detective came to mind that could feel an object and see what happened in front of it.

Once, I have my characters in mind, I needed to start thinking about the structure of the story. What was the conflict? The psychic detective needs to try and figure out what happened along with the readers as she follows the trail with a sense of dread.

I didn't want it to be a morbid ending, so I was thinking about how to wrap it up at the end and what the detective would actually find the children doing in the warehouse when she arrives, eating healthy foods sounded like a fun almost opposite of Halloween moment and image.

The detective was already burned out and healthy foods would be good for her as well....

Paisley and her Plethora of Peppermints

Story Synopsis: Paisley McKaley was so sweet. So sweet in fact, little peppermint candies fell from her at random moments through out the day. When the pandemic hits, she needs to reflect on what being sweet really means.

A Tale of Two Magical Masks

Story Snyopsis: Amy Remy made two masks, one for each of her grandchildren. They were infused with protective magic, but the outlook of each wearer was very different.