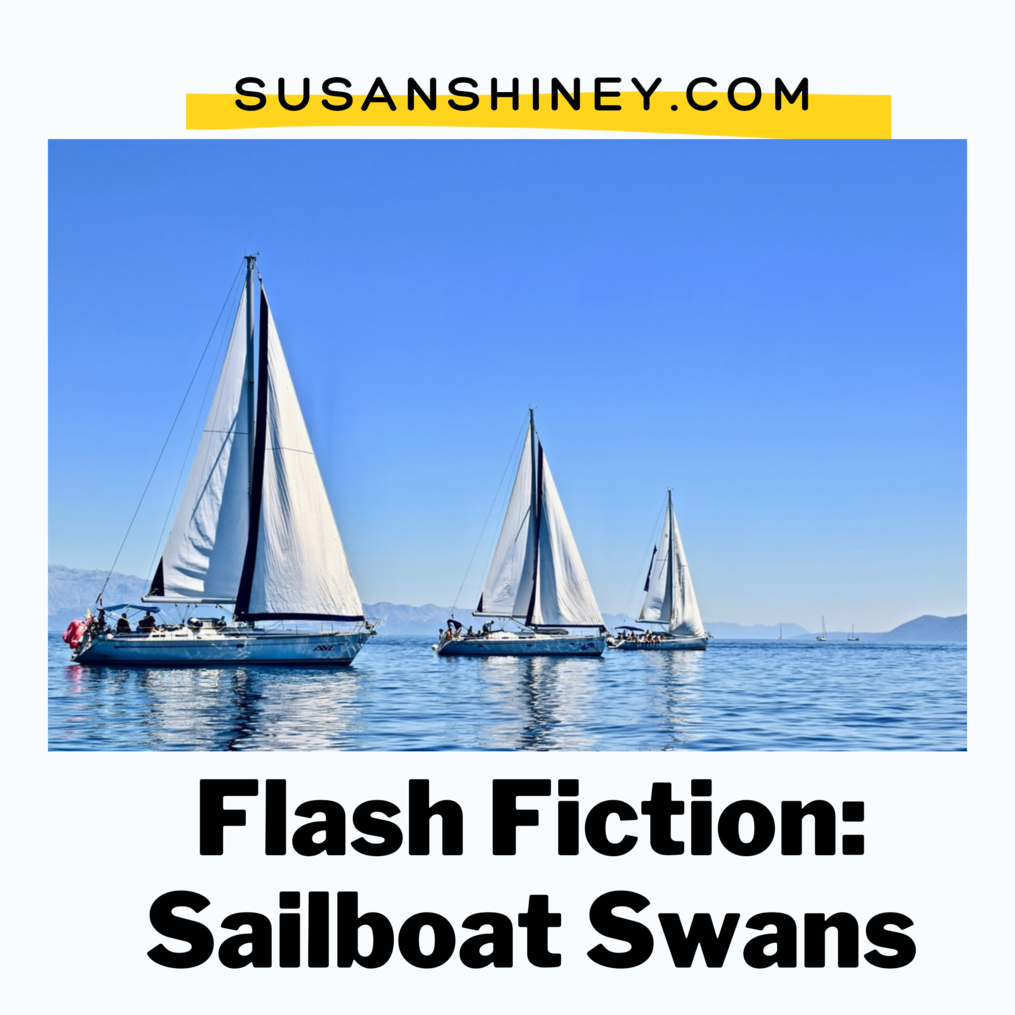 Caredwyn played with the threads of the worn beach quilt her mother made from her childhood t-shirts that she couldn't bear to donate or throw away. Her mother sat next to her staring out at the waves as if the sets were speaking to her in morse code telling her what to say to her recently divorced daughter. Crash. Smash. Whoosh. "Just listen," they advised.

Running her fingers over the Carebear's belly to her right, Caredwyn took a handful of sand and placed it on the quilt square sculpting the sand around the cartoon character. She looked at the horizon as tears trickled down her cheeks. The liquid spread as she smiled when she saw the line of sailboats racing to the harbor. "Remember what I used to say about sailboats?" she said and rubbed her face with her sleeve.

Her mother laughed and put her hand on her chest, placing the memory back into her heartbox, so it wouldn't escape. "They were hiding something? Just pretending to be boats... I can't..."

"I used to dream up stuff like that all of the time, what happened to her? Why can't I..." Caredwyn said as her throat closed up in grief. She took her time to remember how to breathe again. ¨I'm going to go for a swim, see how close I can make it out to those boats, figure out what they are really doing," she said with a grin.

The mother swallowed the urge to ask her if she had put on sunscreen when she saw her in her bathing suit and simply said, ¨Okay, honey, I'll stay with our stuff."

Caredwyn dived into the sea charging past the crests to the calm waters beyond the waves. The boats were slightly closer, about five sailboats in front of her, one trailed behind with its sails down, it looked like a skeleton.

The sky raged with orange clouds as the sun set. She stared that lone boat down hard and started trembling all over, she blew her air towards it. The white sails raised up the mast and became bulbous, filling with life. They then morphed into wings, the keel became webbed yellow feet that rose above the surface and then submerged. The rudder transformed into a white feathered tail, the mast moved forward and became a long white neck with the crown of the head forming, two eyes emerged and the bill opened and closed taking in breaths. The sailboat swan spread its massive wings and took off into the distance sending waves and wind gushes in Caredwyn's direction.

And with that, she was. 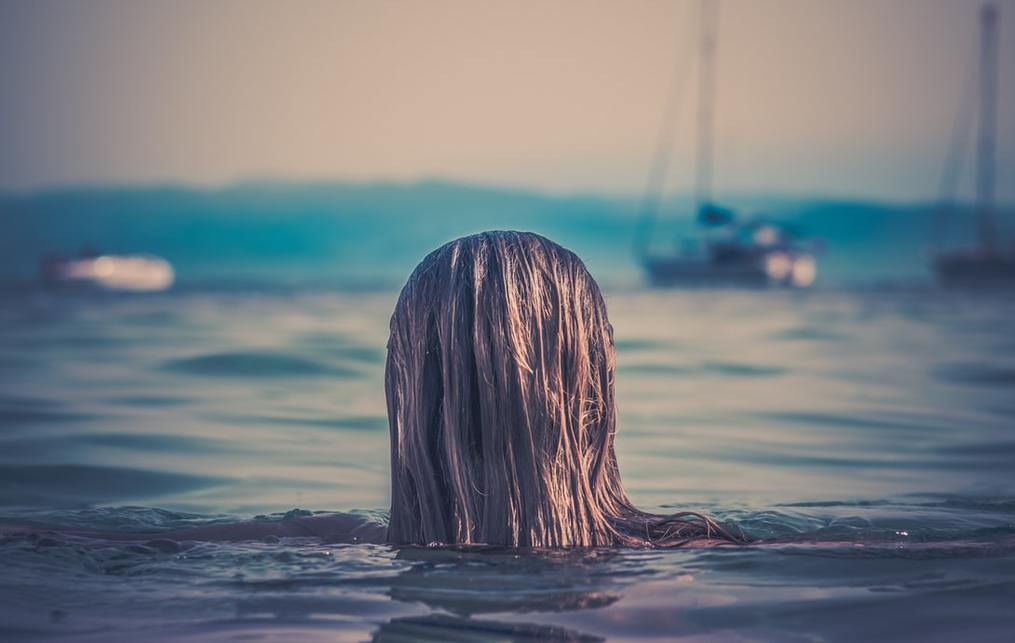 Story Behind the Story:

This story came from the same beach vacation I did in Dunkirk, France as Jellyfish Graveyard did. (I'll put the link to this story and the others I have for my blog below.) Free time to wander and walk in nature gives me a lot of inspiration, especially when that is at the beach. I had my writer's notebook and I brainstormed a lot of titles for stories that I knew I could fit characters to later. If you want to read about how to write while traveling, go here.

Dunkirk has a booming sailboat population and on sunny days in October the sea was littered with boats everywhere. They did remind me of swans and I see sail boats as being so foreign to me, having spent little to no time on them. I associate them with hardwork, intense captains telling sailors what they need to do, tying complex knots, climbing up to the mast and looking down to your death, and in general they remind me of the dangers of the open sea because they seem so small and vulnerable to the conditions. Like motorcycles on busy freeways, I want to hold them in my hand like a lady bug I am protecting and tell them to be careful of the world out there trying to smash it.

I associate swans with quiet lakes or ponds in parks near benches. They glide along emiting zen-like sensations with their beauty. The waves of the ocean and swans create a similar feeling in me, I think about them a lot while at the beach, wishing they were sea birds.

Anyway, while in Dunkirk on a walk, I kept thinking about the words sailboat swans and how I liked the way they sound together and the idea of boats turning into swans made me smile.

So, lately this has been my process for my flash fiction stories. The title comes to mind in a strong visceral way, then the climax moment that is some kind of strong magical visual, then the characters that would change somehow by that magical moment. My original characters were young boys and that turned the vibe of the story into something more childish, I believe adults need magic and imagination just as much, if not more than children do. Those little boy characters went into a microfiction story I have on Twitter. More about how to write twitter stories here.

Thus, Caredwyn and her mother came to mind, two strong women whose hearts are breaking for different reasons. The magic of healing and awareness fit together. 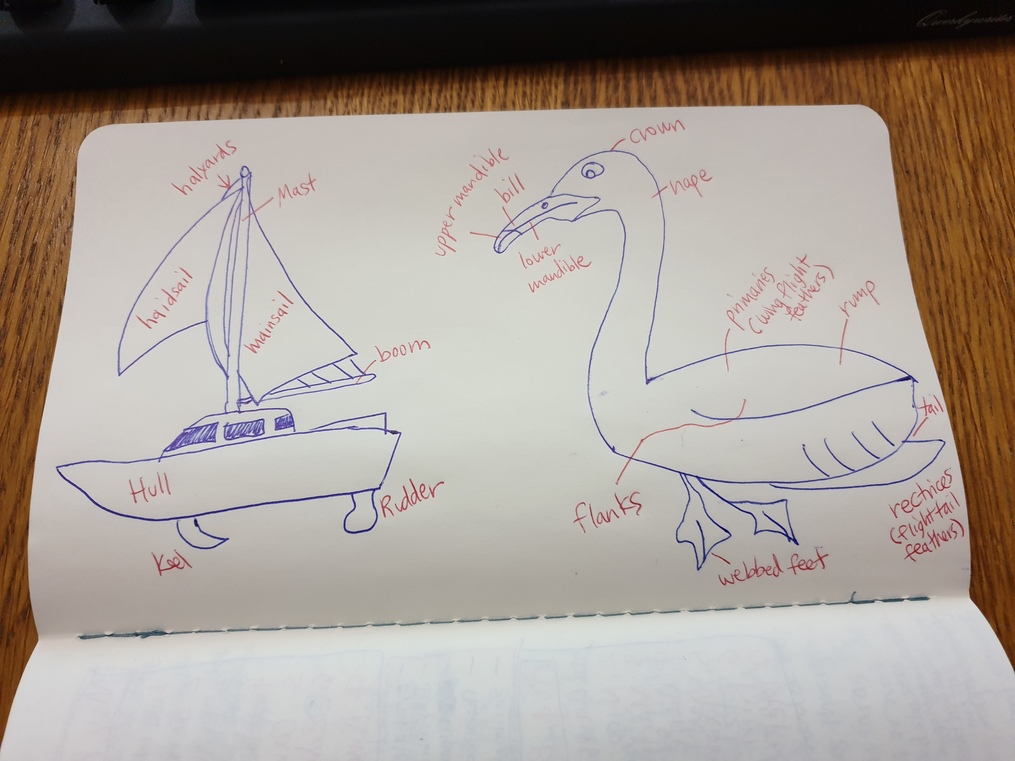 How do you come up with stories? Do you think adults need magic too?