So You Want to Create a Writer’s Circle? - How to Save Yourself Grief 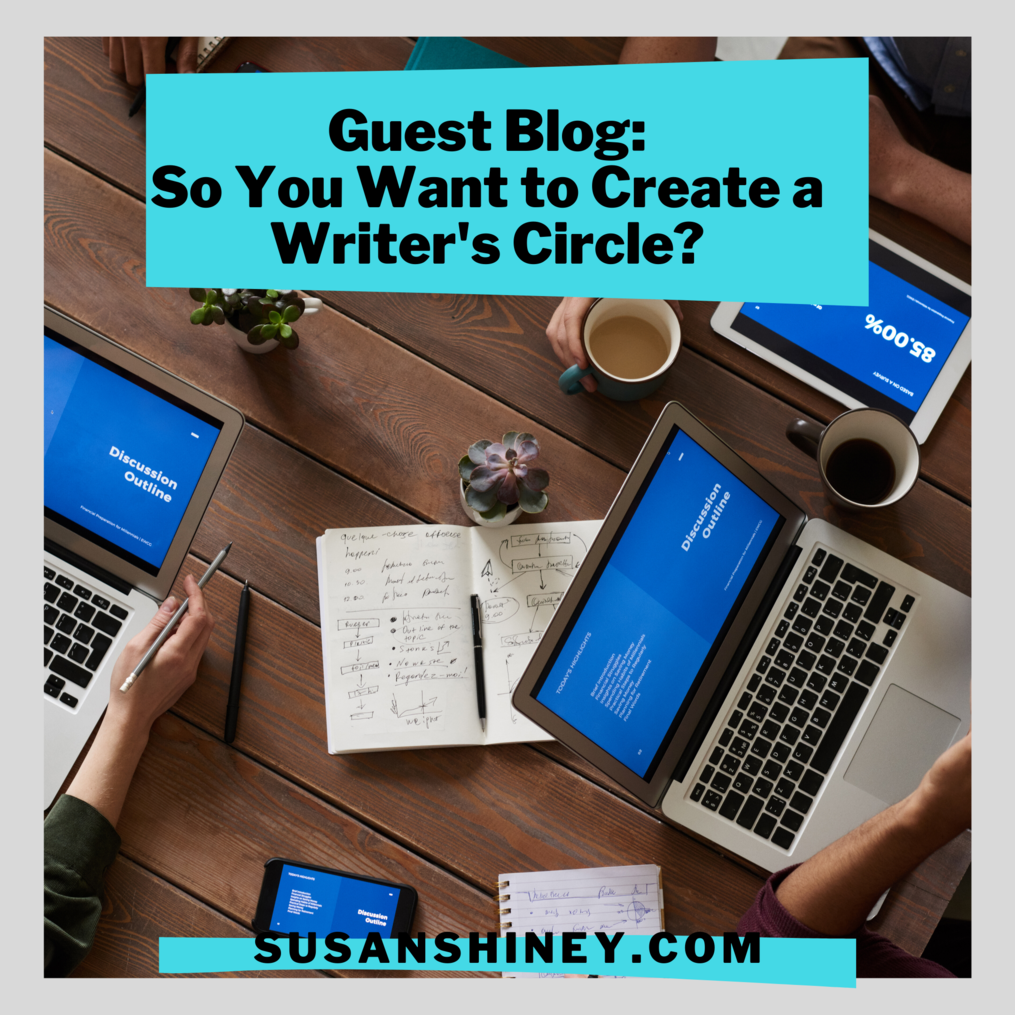 When life goes to shit – Write a book?

I hadn’t been thinking of it for years… it was more like a random ‘knowing’ that some day I would write a book and I gave it precisely no more thought.

Shortly after my Dad passed away in December 2010, I was left with the overwhelming feeling that much of what we stress ourselves about – deadlines, work tasks, spending time around people that are not our fans – don’t actually matter in the grand scheme of things. They are busy makers – things that keep us from perhaps fully embracing what we could or should be doing instead. So as adrift as I was, I was pleasantly surprised when the idea to write the book I had always wanted to, emerged in my thoughts as clearly as the longing for my Dad.

I was an anglophone Canadian living in Northern France. I didn’t know any writers. And I didn’t know where to start. So, like any good researcher I went online and tried to find writers groups in France, in Lille specifically. What I didn’t know at the time is that writer’s groups, workshops, and conferences are not a ‘thing’ in France. French writers tend to go it 100% alone and even, so I’ve been told, have to contribute to being published.  My search was fruitless but I did discover NaNoWriMo. Without knowing terms such as plotser or pantser, I started to write ideas for random creepy scenes on tiny pink post-it notes that I would like to include in my story about stalking and finding one’s own agency. By November 1st, 2011, I thought I had an excellent outline from which to start. I did not. November was also my busiest work month full of travel, grading, teaching, exams, and prep for January. After 10 days, I gave up NanoWriMo, unable to sustain everything.

The following November (2012), I had a much more complete outline of scenes and had consciously safe-guarded time to tackle NaNoWriMo. I succeeded! I felt elated! I was left with the question though, Now what? How do I improve and how can I surround myself with other writers? Surely there must be at least one other writer or aspiring writer in Lille, someone who writes and speaks English?

Now what? - Start a Writer’s Circle…

In January 2013, I put an ad in Connexions – the Anglophone newspaper in France. No response. After a few months, I came across MeetUp.com and created a group there. I got two members interested right away.

We met in my favorite local bar “L’Imaginaire’, with it’s rickety tables and solid wood pew seating. The owner, Jamal, a lovely Moroccan man welcomed this out of place anglophone who took up table space and wrote at great lengths. In our newly formed writer’s group, the three of us agreed to share our work and give our ‘beginner’s’ feedback to each other… It seemed a good place to start. I had little experience in critique groups and had never written a novel before. Christin, an aspiring writer, joined and started writing quirky delightful stories about her Grandmother Gigi and Martha shared her more somber and beautiful poetry. Perhaps I shared short stories, I don’t even recall now. But I recall sharing something personal and spending time in creativity with these writers. It felt like home. But a home I didn’t know I needed.

We met over a few months, into summer. As with many expats, one moved away and then there were just two of us. I put out another call for writers through MeetUp. We ended up quite haphazardly, a wonderfully functioning group of six. We met every three weeks, then bi-weekly. We each brought work, read it aloud with copies for everyone else to follow along. We gave our best feedback of what we liked and what didn’t quite work for each of us, if anything. The group was convivial and supportive and as helpful as we could each be. There was no intervening necessary. Our group had synergy.

In the following Spring, May 2014, I curated and organized our first public reading at a local bar. We had a nice turn out.

Part way through the year, one novelist went back to the UK, our talented playwright left for Paris. And then finally, in September I think, Christin, an original member returned to the USA.

Call for members #3 – Should have swiped left.

Think of recruiting writer’s group members like swiping through Tinder. The majority of members say they are writers. But what type of person do you want to open your ‘writer’s group’ door to? If they are there for a hook up and you’re interested in a long term reciprocal commitment…well… Be sure the members not only have the interest in writing but are also in line with the goals, values and spirit of your group as well. Otherwise, you and your group are better off swiping left.

With three of our key members relocating, we put out another recruitment call on MeetUp.com. For the first time the fit of new members became a real challenge. Some only wanted to practice their English. Some wanted to make friends. Some wrote in another language. One, although we all enjoyed his work, was unable to critique anyone else’s work due to the nuances of English. One of our ‘serious’ new members confided later that she thought it was a drop-in group and only attended once in a while. A lesson learned is that inconsistency of any member interrupts the intimacy and trust that are necessary to share personal creative work.

Over the course of that year, I learned a lot about what worked before and why it wasn’t working now. You might think it was obvious, but I really think I was blessed in the first two recruitment rounds! What I might have learned the first time around, I didn’t have to confront until this third time. In the spirit of helping other writers be successful in creating and running writer’s groups (and to avoid unnecessary challenges), I offer my six biggest lessons below.

Although it looks entirely different now, the Lille Writer’s Circle is still functioning in spirit and by distance. 2012 to 2020. Eight years! There are currently six alumni 😊 living in four different countries (six different cities) that continue to find new ways to work together and support each other. Whether reading craft books, congregating in Brussels for a day of writing and reconnecting, or a weekly accountability and trouble shooting virtual meeting with a nine hour time difference… We even swapped entire manuscripts last summer – a total gift of feedback! Aside from these fellow writers being beautiful, inspiring, and strong women, the common goal and spirit we share regarding becoming better writers is what enabled the group to thrive again and then stay connected in our writing lives.

I wish you best of luck in creating or running a Writer’s group and can be reached by email if you have any questions or comments. Happy Writing!

Are you thinking of starting your own writing circle? Please leave a comment below.

Hi! Susan chiming in here. If you are intersted in including a book club with your critique partners, I wrote a blog about that here.